Are we on the verge of the final age of man? Does the year 2025 mark the beginning of this final age, and does that herald the return of Messiah? That may sound like the same end times rhetoric we’ve heard about forever, but there are some interesting threads converging.

In April 2021, I ran across a document, Global Governance 2025: At A Critical Juncture, which was published way back in 2010 by the National Intelligence Council and the European Union’s Institute for Security Studies. This document outlines potential issues and threats our world may encounter and how to effectively deal with them globally.

Shortly afterwards I began seeing the year 2025 mentioned in other contexts. I read tweets that mentioned the Fourth Turning. While researching the Essenes, I discovered that they had prophesied that the year 2025 marks the beginning of their last Jubilee period.

Intrigued, I began poking around and soon discovered that Dr. Tom Horn had written a book, Zeitgeist 2025, on this very subject.

According to Horn, Zeitgeist 2025 is his way of saying that “We are living right now through a cultural revolution in the United States that does seem to be indicative of what would need to happen in order to pave the way for the arrival of Antichrist, as well as the arrival of a false apostate religion.” 1 https://youtu.be/ENNL0S2KbPg?t=130

It does indeed seem we are living in unprecedented times.

What is converging around the year 2025?

I want to briefly explore each of the previously mentioned topics: the Global Governance 2025 document, The Fourth Turning and the Essene prophecy. I also want to add another very interesting one. It wasn’t until I began reading Horn’s conclusions about a coming asteroid that I became convinced that 2025 may hold real significance. For my money, the key is the Essenes, but I’ll mention them last. 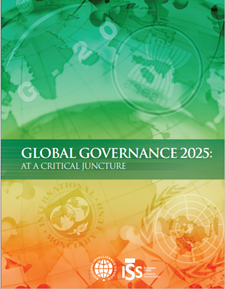 As mentioned above, this document was published in 2010. One of its key messages is that the best intelligence agencies in the world have determined that a global government could emerge around 2025 from “an unprecedented threat” that would appear, requiring every country around the world to set aside their differences and join together to fight against such a menace.

According to the document, the term global governance “includes all the institutions, regimes, processes, partnerships, and networks that contribute to collective action and problem solving at the international level. This definition subsumes formal and informal arrangements as well as the role of nonstate actors in transnational settings.” 2 https://media.fractionofthewhole.com/control-groups/GlobalGovernance2025.pdf p1

“The global aggregate demand for grain in the coming decade (2010 to 2025) promises to be substantially increased because of the expected additional 700 million people in Asia, Africa, and Latin America; increasing dietary preferences for protein; and a high likelihood of a rise in demand for grain-based biofuel. On the supply side, global climate change trends are likely to depress agricultural productivity in some regions.” 3IBID p32

Additionally, they discussed an incoming asteroid, a new pandemic, and a biotech-created “new form of human” representing existential threats. Regarding future transhuman capabilities, the Global Governance document says that this will, “open the possibility for designing humans with unique physical, emotional, or cognitive abilities. The potential for dual-use of biotechnology will make the task of regulating and controlling current and new developments an exceptionally complex one. Governments will need unprecedented capacities to reach out beyond other governments, enabling them to work with a plethora of private actors, many of whom will not be amenable to traditional regulation.4IBID p35 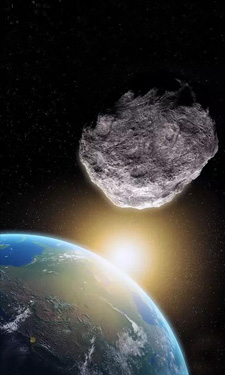 According to NASA, the asteroid, Apophis, will arrive on April 13, 2029, either flying as close to the earth as our satellites or possibly striking the Earth. In his book, The Messenger, Horn outlines how, exactly three and a half years before the arrival of Apophis (5/13/29), the high holy days of the Feast of Tabernacles will be unfolding on earth. Just a few days before that will be the Feast of Trumpets, and 120 days (biblical numerology for the end of mankind) earlier is Pentecost. All three of these festivals are strongly tied by eschatologists to the Second Coming of Jesus Christ.

Horn asserts that this asteroid is the biblical Wormwood that materializes at the midpoint of what most evangelicals call the seven-year Great Tribulation period. That would make October 2025 a significant period of time. 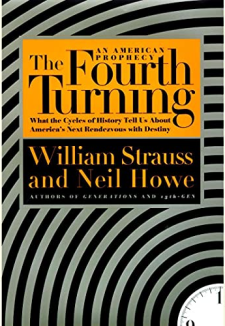 This book was published in 1997, but I only became aware of it in 2021. Authors William Strauss and Neil Howe describe their work as “a book that turns history into prophecy.” The Fourth Turning examined Western historical paradigms over the past five centuries and discovered cycles of life and generational archetypes that reveal an astoundingly predictive pattern of incidents that ultimately lead to chaos and a so-called Fourth Turning.

The authors describe a “Turning” as an era with a “characteristic social mood, a new twist on how people feel about themselves and their nation. It results from the aging of the generation [before it].” A society enters a Turning once every twenty years or so, when all living generations begin to penetrate their next phases of life. The living generations comprise four cyclical Turnings, characterized as:

In describing these insightful scenarios, Strauss and Howe felt a catalyst would unfold as a result of a specific dynamic, and “an initial spark will trigger a chain reaction of unyielding responses and further emergencies.”6 https://web.archive.org/web/20130527064532/http://archivesmb.files.wordpress.com/2010/01/the-fourth-turning1.pdf

From The Fourth Turning:

Just after the millennium, America will enter a new era that will culminate with a crisis comparable to the American Revolution, the Civil War, the Great Depression, and World War II. The very survival of the nation will almost certainly be at stake.

Sometime before the year 2025, America will pass through a great gate in history, commensurate with the American Revolution, Civil War, and twin emergencies of the Great Depression and World War II.

The risk of catastrophe will be very high. The nation could erupt into insurrection or civil violence, crack up geographically, or succumb to authoritarian rule. 7 https://web.archive.org/web/20130527064532/http://archivesmb.files.wordpress.com/2010/01/the-fourth-turning1.pdf 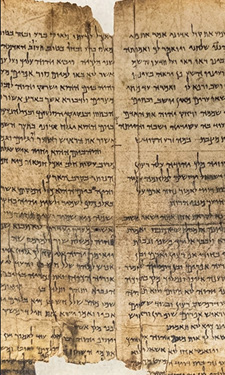 I had been digging into this group as part of my research on Gnosticism and the belief by some that Jesus was an Essene. What I discovered was incredible, and provides so much detail to scripture. The Essenes of Dead Sea Scrolls fame predicted more than two thousand years ago that mankind would enter its final age (Jubilee cycle) in 2025. Remember that is, according to Horn, 3.5 years before the Apophis asteroid appears. Secular and biblical scholars, historians, prophets, and even occultists have understood for thousands of years that a very dark time has long been forecast for the nation’s immediate future, and that this destiny would not be delayed forever.

The ancient Essenes saw this final age of man arriving in 2025. How do we know this and how can we be sure of its validity?

The Dead Sea Scrolls, so named because they were found in a series of caves near the Dead Sea, were placed there by a community of Hebrews called the Essenes. From 1947 until about 1998, the main published portions were Old Testament scriptures, which provided a valuable link to the biblical manuscripts we have today and those being circulated several hundred years before Jesus’ time.

But around 1998, there was a large set of scrolls released that contained the writings of the patriarchs and texts that helped explain what happened during the 400 “silent years” between Malachi and the New Testament.

Also contained in these scrolls is that the Essenes taught that God gave us the perfect calendar. It was a solar calendar. Unlike the Jewish calendar we are familiar with today, which is a lunar one, the Essene calendar aligns with such fine detail the events of the Old Testament, that it has shed light on many aspects of scripture previously unknown.

The Essenes prophesied that around 300 BC, the Jews would forsake the God-given calendar (solar) for a lunar one. This occurrence alters many of the details we could understand from scripture. That prophecy was fulfilled.

The scrolls also predicted that when the Levites reject the Messiah, God would reject and end the Levitical priesthood. The public sign of this would be the veil in the temple would be torn in two. 8Johnson, Ken “The Ancient Mysteries of the Essentes” Defender Publishing, 2021, P310

In Matthew 27:50-51, we are not told this was predicted but it does speak of its fulfillment,

Then Jesus shouted out again, and he released his spirit. At that moment the curtain in the sanctuary of the Temple was torn in two, from top to bottom. The earth shook, rocks split apart.

But that’s only one of many prophecies from the scrolls. From their writings that date back to at least a century before Christ, they accurately predicted:

I mentioned above that I believe the Essenes are the key. Here’s why. For reasons known only to him, God chose this time in history to make known the additional scrolls and the Essene calendar. There could be very strong prophetic implications in what the ancient Essenes had to say and we should pay attention to their calendar.

They got it right the first time around, nailing down the year that the Messiah would show up and be crucified and die for our sins. If they got all that right, and now they’re pointing to the year 2025 as the start of the final age of man – perhaps we should pay attention to what they have to say. 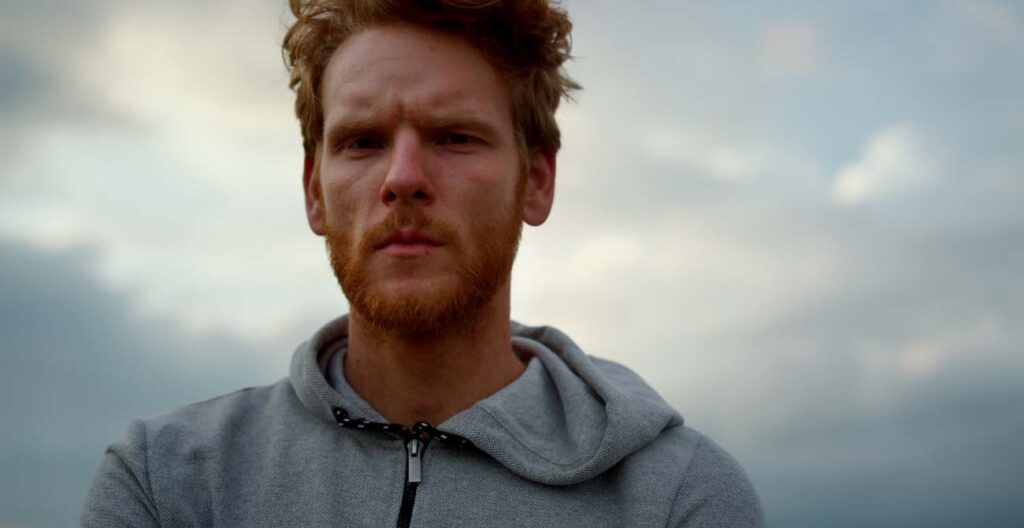 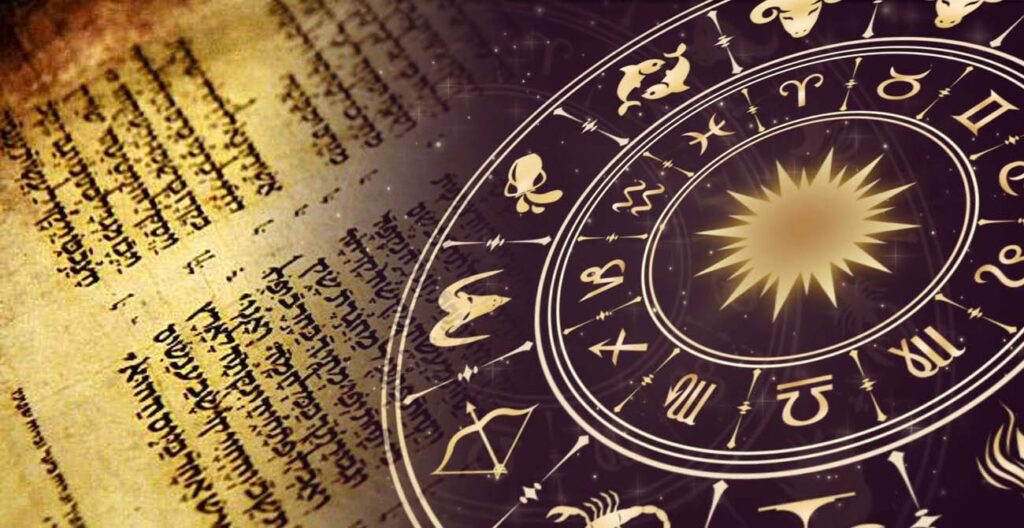 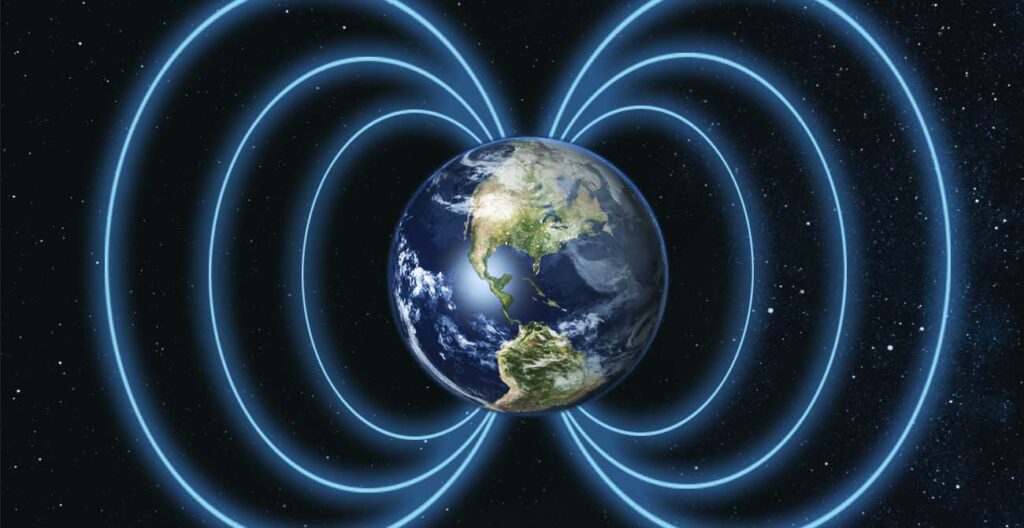